On a frigid Tuesday in early February, congressional Republicans were preparing to pass yet another resolution calling for the repeal of President Obama’s Affordable Care Act. About nine miles away, now-retired Democratic Congressman Henry Waxman, one of the law’s fiercest advocates, settled into a laminated plastic booth at the Original Pancake House in Bethesda and ordered a small bowl of fruit.

This is the first year since 1974 that the House of Representatives has convened without Waxman. In his four decades, the powerful West Los Angeles legislator and forceful liberal had a hand in pushing through some of Congress’ most important legislation. It is largely because of Henry Waxman that our air is cleaner, our access to generic drugs is easier and the risks posed by tobacco are universally recognized. But his achievements, at least some of them, remain contested. Two of his signature causes, the environment and health care, are in the crosshairs of the current House, whose GOP majority increased after November’s elections.

“I look at some of the issues and I think, I would like to be there to speak up,” Waxman said between bites of a strawberry. “But I also know that what I would do would be to build for the future — hopefully stop some bad things from happening now — but to build for the future to change things. That requires a longer-term horizon, and I’ve been there, done that.”

That’s not to say he’s moving onto the quiet life of a retiree. The 75-year-old, who plans to split his time between his Bethesda home and Park La Brea apartment, already has a full suite of commitments on both coasts. He will serve as a Regents’ Lecturer at UCLA, his alma mater, and will teach at the Johns Hopkins Bloomberg School of Public Health. He also joined Waxman Strategies, the Washington, D.C.-based communications firm started by his son, Michael, where he will serve as chairman, dispensing advice for shaping opinion around major public policy battles.

“I like working and I like fighting for what I believe in,” he said. “Wherever I am, I’m still me.”

That includes Waxman’s long-standing advocacy for environmental protection. Since leaving Congress, Waxman has worked with the Obama administration to devise strategies in that field to advance the cause without requiring action from lawmakers.

“Happily, a lot of work can be done in this area by President Obama and his administration,” he said, “because they have a lot of leeway under existing law to take important steps to reduce the amount of carbon and greenhouse gases we put in the air, and to negotiate with other countries to get them to be working with us to save the only atmosphere and the only planet we have.”

Still, he has not been pleased with how the administration has handled some of its environmental decisions. The White House’s recent proposal to allow the first oil and gas drilling offshore along parts of the Atlantic coast — which it announced along with new restrictions on northern Alaska’s coastline — “doesn’t seem to make a lot of sense,” Waxman said.

When it comes to politics, however, Waxman believes Republicans are losing the environmental debate. They have “put themselves in an incredible box” by challenging the evidence of climate change even as polls show that most Americans view global warming as a threat that needs to be addressed, he said.

“I would talk to them over the last year or so, and they would say, ‘Oh no, no, no, we don’t deny the science. We’re not science deniers,’” Waxman recalled with wry amusement. “I think they realized it’s not a good public approach for them to take. But that’s exactly the approach they were taking. So they became not just science deniers but deniers of being science deniers.”

In his many years in Congress, Waxman earned a reputation for ideological steadfastness, but also for fair dealing and decency — and for relationships that transcended politics. As he picked his way through his fruit plate, he reflected fondly on the cooperation he enjoyed with Utah Sen. Orrin Hatch, one of Washington’s most conservative lawmakers, while lamenting that such bipartisanship is both rare and somewhat discredited in today’s Washington.

“Compromise isn’t always splitting the difference,” Waxman said. “One of the things I always find very frustrating are my colleagues who want to make it look like they’re bipartisan, so they go to the lowest common denominator and they don’t stand up and fight. That’s not the way to compromise. You fight for what you believe in, and compromise only when you can accomplish something worthwhile.” 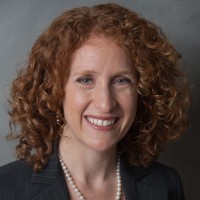 Matea Gold, who graduated from UCLA in 1996, is a national political reporter for The Washington Post, where she covers money and influence.

Police Racism: A Search for Answers

In Ferguson, Charleston, Baltimore and beyond, the nation confronts charges of police racism. One researcher is breaking new ground.