One evening in 2008, Phillip Atiba Goff set out to perform what seemed a fairly routine task: He was trying to track down data on race and police behavior. He had recently co-founded the Center for Policing Equity at UCLA, with a goal to improve relations between police departments and communities, and he needed statistics. His initial questions were extremely basic: How many police officers were involved in shootings every year? How many of those shot by police were minorities?

Goff’s mother had been a reference librarian, and he’d inherited her research skills, so he figured he’d have answers quickly. He sat down at his computer at 10 p.m. and went to work. Thirteen hours later, Goff, who had spent much of his career studying hidden racial biases and stereotyping, realized something that would change the course of his research: There was no way to quantify the prevalence of racism in policing, or to analyze comparisons in ethnic backgrounds of people who had been shot by officers. There was no way to know how many police shootings occurred in any part of America, at any given time.

There was no data to analyze because no one bothered to collect it.

“I was so aghast,” said Goff, an associate professor of psychology at UCLA, who is currently a visiting scholar at the Harvard Kennedy School of Government. It was not that this information did not matter. Rather, data were not regularly collected because each police department handled the information differently, which made it impossible to meaningfully aggregate or compare.

How could racially biased law enforcement be prevented, Goff thought, if there was no way to measure it? It was in that moment that he launched what would become a formidable undertaking — collecting national data about police and the citizens and communities that they patrol.

It was a lonely undertaking at first, one that attracted only a handful of scholars, scarce funding and little attention. Not any longer. Three recent killings by police officers have riveted public attention: one in New York City, another in Ferguson, Mo., and the third in North Charleston, S.C. In all three cases, white officers shot black men. “For the first time,” Goff said, “there is tremendous interest” — not just from activists, scholars and citizens, but also from police chiefs and law enforcement personnel.

Public attention intensified when FBI Director James B. Comey spoke forcefully about racial bias in policing, spotlighting the challenges that Goff has been trying to tackle for the past decade. In a speech at Georgetown University, Comey recalled how, in the days after riots in Ferguson, he asked for reliable data about police shootings. A chief told Comey he “didn’t know whether the Ferguson police shot one person a week, one a year or one a century and that in the absence of good data, ‘All we get are ideological thunderbolts, when what we need are ideological agnostics who use information to try to solve problems.’”

Now, armed with funding from private organizations, the U.S. Department of Justice and a $1 million grant from the National Science Foundation, Goff and his team at the Center for Policing Equity have launched the Justice Database to measure disparities in policing. Forty police departments and agencies have signed on to participate in the project, and the center is now preparing to begin analyzing data, which will cover more than 25% of the U.S. population. Many police chiefs are hungry for this data, Goff said. “We are rushing to meet the needs of law enforcement.”

In addition to pure policing data, the Justice Database will examine trends in education and joblessness, and look at how these combined elements affect law enforcement. The database will turn an emotionally charged issue into a more nuanced one with the potential to create real change, Goff said.

“The goal is to turn this into a mining expedition to understand everything we can,” Goff said. “It’s embarrassing, not just that no one can tell me how many people got shot by police last year. It’s embarrassing that we don’t know how racial segregation influences law enforcement. How is that possible?”

When Goff attended a Quaker high school in suburban Philadelphia, he hadn’t set out to study race relations. He cared most about math, comic books and girls. He is the son of a white father and African-American mother (according to his family’s legend, his parents’ marriage became the first legal interracial union in North Carolina, but Goff has not yet been able to document it). “In my house growing up, we didn’t talk about racism, we didn’t go through the news and talk about racial problems.” He had experienced occasional encounters with overt racism. In one instance, a man on a bus made it clear that he did not like “mulattos” and tried to extinguish a cigarette on Goff. But mostly, Goff understood that racism was stupid and wrong, and it didn’t much affect his life until his senior year in high school.

After a life-threatening diagnosis of mononucleosis and hepatitis, he missed several months of classes in the beginning of 12th grade. While other teachers made accommodations for him to catch up, one popular teacher threatened to fail him.

Goff couldn’t understand why the teacher seemed so hostile. Another teacher, who was black, explained that the few African American faculty members on campus suspected that this man, who was white, had a problem with black people. Later, that African American teacher was pushed out of the school, and for the first time Goff watched his parents become passionately involved in a race-related issue, as they rallied against the teacher’s dismissal. Goff’s parents and other black faculty believed the black teacher’s poor treatment was racially motivated.

Back in class, Goff began to discover his voice and mission, beginning with a discussion of “Cry, the Beloved Country.” The students and teacher demonized the book’s black character, and Goff asked why. The class turned on him, he remembered, saying he was playing victim politics and being a jerk. “I didn’t understand what the vitriol was about,” Goff said. “For the first time, I was an outsider on an island in a way I had never been before, with kids I grew up with.”

He was the first black student from his high school to attend Harvard, where he majored in African American studies. He studied psychology in graduate school at Stanford University, where he became increasingly interested in racial bias and policing issues, particularly after the 1999 New York police shooting of Amadou Diallo, who was fired upon 41 times by four officers, who were later acquitted. Goff ended up getting a Ph.D. in social psychology from Stanford.

In his early work, he often collaborated with Jennifer L. Eberhardt, a psychology professor at Stanford. In 2004 and 2007, Eberhardt organized two historic gatherings of law enforcement and social scientists at Stanford. She wanted to bridge the two worlds. At the conferences, Goff got to know Tracie L. Keesee, then a division chief at the Denver Police Department. Keesee learned about Goff and Eberhardt’s ongoing research into racial bias, which had resulted in a 2008 study published in the Journal of Personality and Social Psychology, showing that people in the United States implicitly associate black people with apes. That association, they showed, makes it easier to tolerate violence against African-American suspects.

“I was intrigued,” Keesee said of Goff’s research, particularly how it showed that all people, especially police, could have hidden biases that impacted their interactions with people. “I will be honest with you, I considered myself to be very progressive and open…I had no reason to do harm to anyone.”

Keesee had participated in a study published in 2007 in the Journal of Personality and Social Psychology, in which Denver Police officers were compared with community members in measuring the speed and accuracy with which they made decisions to shoot, or not shoot, black and white targets. The findings from “Across the Thin Blue Line: Police Officers and Racial Bias in the Decision to Shoot,” showed that officers who worked in larger cities, or in areas with higher percentages of ethnic minorities, were more likely to show bias against black suspects. Keesee thought Goff’s research on implicit racial bias needed to be tested on actual police officers. She invited Goff and his researchers to Denver.

“I needed help from someone who could interpret the social psychology of what’s happening in the field,” Keesee said. “That’s what he came to do. Most chiefs are willing, but afraid of what the outcomes will be.”

Last year, Goff published a study, also in the Journal of Personality and Social Psychology, with results from the police officers he tested, as well as people who were not in law enforcement. Goff’s researchers asked both groups to estimate the ages of young people whom they believed had committed crimes, and both viewed black boys (who were as young as 10) as older than white boys, who were more frequently seen as innocent. Black boys were also more likely to be perceived as guilty and encounter police violence.

The partnership between Keesee and Goff led to the creation of the Center for Policing Equity, which has since received $3.4 million in funding, according to Keesee, who is on the board of directors. The events in Ferguson, New York City and across the nation have finally brought the issue to the forefront, she said, attracting funders and newfound motivation. “We’re more than in a moment,” Keesee said. “This is a cultural shift. This is a paradigmatic shift in policing that’s going to be with us for a while.”

Goff’s work has pushed the national conversation beyond unconscious racial bias, and into the realm of other forces that play into racial disparities in arrests, some of which might not stem from police racial views, said L. Song Richardson, a University of California, Irvine, professor of law who uses cognitive and social psychology to examine criminal justice and policing. She pointed out another area of research that Goff pioneered, which has shown that officers who feel like they must demonstrate their masculinity might be more likely to use force against a suspect.

Rethinking what works in policing

“His work tells us that to really change what’s going on in policing, especially policing communities of color, we have to rethink how we view police officers and the type of policing that we want,” Richardson said. Instead of putting money into federal grants that create incentives for more arrests, money could go toward relationship building, she said, or the hiring of more women police officers.

These days when Goff speaks to people in the community and police officers, he is often asked, “What are we to make of the Michael Brown shooting and the aftermath? What are we to make of the Eric Garner killing and the aftermath?” Goff tells them: “You can say they died from police violence and racial politics.” But he believes it’s more than that. “We are in a crisis of vision.”

“You have police officers who sign up to do the right thing, who are literally tasked with doing the wrong thing,” Goff said. This is where he believes change needs to occur, and commitments by police chiefs and leaders like Comey reinforce what Goff has been working toward for so long: “That it’s possible at the highest levels of government to have adult conversations about these issues that are not about blame but responsibility.” 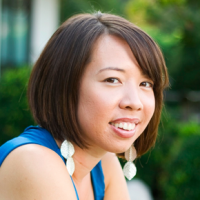 Erika Hayasaki is an assistant professor in the Literary Journalism Program at the University of California, Irvine and the author of The Death Class: A True Story About Life (Simon & Schuster).