One of most ambitious undertakings in the history of UCLA was inspired by a book of hope. In “Abundance,” author Peter H. Diamandis offers an optimistic vision of how science can brighten the world’s future. “Technology,” he writes, “is a resource-liberating mechanism. It can make the once-scarce now abundant.”

Jill Sweitzer, a four-year UCLA veteran working in the Office of the Vice Chancellor for Research, devoured the book and shared it with her colleague, Michelle Popowitz. It was a summons of possibility, and the book’s first chapter, “Our Grandest Challenge,” became their clarion call.

Meanwhile, frustrated by Washington’s tendency to think small and incrementally, President Obama’s Office of Science and Technology Policy was looking for big ideas, potential breakthroughs that could come from harnessing the nation’s best minds working across disciplines. The office convened a conference call on April 23, 2012, to urge “all hands on deck” at the nation’s leading universities. This was a moment to confront society’s most pressing problems, the office contended, and an opportunity to think anew about how to confront them.

Easier to summon than to deliver. For all the talent and intelligence housed at America’s universities, including UCLA, research tends to be an individual endeavor, not a collaborative one. Even within departments, scholars and scientists often work in relative isolation. Sweitzer and Popowitz, backed now with a mandate from the White House, proposed to challenge that paradigm and harness the full resources of one of the world’s deepest research institutions. Thus began UCLAGrand Challenges.

From the list of issues Obama’s administration aimed to focus on, Sweitzer and Popowitz decided that the environment and neuroscience were two pertinent topics that UCLA’s expert faculty was poised to address. The next step was to invite faculty members into a room together to brainstorm possibilities. “What would you do if money were not an object?” they asked. And: “What would you do with the people sitting next to you?”

For faculty members across disciplines – scientists, doctors, policy experts and others – those were, at first, baffling questions. Many had never met before and struggled to discern ways that their disparate strengths could meld together. The weekly meetings that began in September 2012 were sometimes confusing and even discouraging, but gradually the groups settled on two promising areas for change. The first Grand Challenge Project, launched in November 2013, confronts Los Angeles’ environmental future; the second, to be unveiled later this year, will deal with mental health.

Cassie Rauser, the project director of the Sustainable LA Grand Challenge Project, affirms that the group’s first task is to establish baselines and parameters. How much water do we have in our aquifers? How can we measure ecosystem health? Once established, those baselines and benchmarks will help to frame the response and the development of what Rauser calls “a pathway for sustainability.”

The UCLA Grand Challenges initiative represents a departure for the university, a first-ever attempt to bring the full power of UCLA’s research capacity to address a specific need of the L.A. region. A self-sustaining Los Angeles has eluded city leaders since the city’s founding— certainly since its capture of water from the Owens Valley a century ago—so reversing that history represents a staggering undertaking. Mayor Eric Garcetti signaled his own ambitions in this field when he announced his city sustainability “pLAn” on April 8. The mayor’s new plan sets both short- and long-term goals in many of the same areas the UCLA Grand Challenges Project addresses, including the attempt to identify local water sources and thus reduce reliance on the Owens River.

Will it be enough to make a difference? It is, after all, a region with profound and complex problems, daunting even for a vast institution to confront. But as Diamandis has noted: “I’m not saying we don’t have our set of problems: climate crisis, species extinction, water and energy shortage. We surely do. And as humans we are far better at seeing the problems way in advance. But ultimately, we knock them down.” 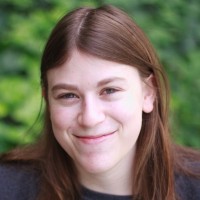 Geffen Kozikaro is a third-year Communications Major at UCLA.

Term limits, scandals and retirements clear the way for a new era in the government of America’s largest county, Los Angeles.