The theme from “Dragnet” played as Los Angeles County Sheriff Jim
McDonnell made his way to the podium. Taken by surprise, McDonnell couldn’t suppress a bashful chuckle before beginning his prepared remarks. “This is, after all, Hollywood,” he acknowledged.

McDonnell’s audience at the annual Empowerment Congress Summit — which drew hundreds of leaders from across Los Angeles, most from the city’s African-American community — cheered lustily, not so much at the TV theme song as at McDonnell’s reaction to it. It was a quick moment, but a telling one: Rarely in recent years have the Sheriff’s Department’s critics had so much hope that change is possible, a theme that today pervades Los Angeles
County government, the once hidebound entity suddenly being remade.

Much of the county is hungry for a better, more responsive and more responsible Sheriff’s Department, and for a better relationship with it. Black and Latino residents have long spoken of abuses to their friends, families and acquaintances by deputies on patrol and those staffing the nation’s largest local jail system.

McDonnell’s predecessor, Lee Baca, was sympathetic to those complaints, but they persisted on his watch. After his re-election in 2010, stories in the Los Angeles Times and the online publication WitnessLA chronicled instances of deputies beating inmates at the slightest provocation, or for no reason at all. McDonnell served on a commission that investigated the violence and hinted strongly in its final report that Baca ought to step down. Early in 2014, he did.

Baca’s departure came just as Los Angeles County government was embarking on the most sweeping changes in modern history: Of its eight elected leaders, half are new. In addition to the sheriff, voters last year picked two new members for the Board of Supervisors, thanks to a term-limits measure that was adopted a dozen years ago but is only kicking in now. And for good measure, they elected a new assessor; the previous one was awaiting trial on corruption charges. Add a new district attorney, voted into office just two years ago, and the term-limits ouster of two more supervisors two years from now, and a government once known for the longevity of its elected officials — and the experience, the perspective and not a little of the intransigence that often goes with old-timers — will have no one on board with more than a single term in elected office.

With one exception. Supervisor Mark Ridley-Thomas, representing much of South Los Angeles and the smaller adjacent cities and unincorporated areas, took office as the board’s most liberal member in 2008. He now arguably finds himself in the center after the departure of Democrats (county offices are officially nonpartisan) Gloria Molina and Zev Yaroslavsky and their replacement by more liberal successors, former U.S. Secretary of Labor Hilda Solis and former state Senator Sheila Kuehl.

Already, those changes are affecting policy and strengthening Ridley-Thomas’ hand, as the new board has embraced initiatives he’d championed that were scuttled or sidelined by the previous board. Recommendations of a Blue Ribbon Commission on Child Safety, convened on a Ridley-Thomas motion following the apparent torture and high-profile death of an 8-year-old boy left in his home by county social workers, were barely acknowledged before the election but now are getting enthusiastic support from Solis and Kuehl (Michael D. Antonovich, the board’s most conservative member, backs many of the Blue Ribbon Commission recommendations as well). Hearings are moving forward on the size, make-up and function of a civilian oversight
commission to monitor the Sheriff’s Department. Ridley-Thomas proposed the idea, and McDonnell backed it, but the prior board had shelved it, largely because Yaroslavsky had reservations.

For many, the work of the county may seem invisible, but the supervisors and other county leaders wield broad and profound influence over this region. Jails, law enforcement and child safety are fundamental components of the county’s mission, along with programs to aid the poor, homeless and mentally impaired — in short, most programs for residents in need. In addition, the supervisors manage the playgrounds of the wealthy and the middle class — most of the beaches, sprawling parklands and open space, a world-class art museum and the Music Center.

They often are called the “five little kings and queens” because of the power they hold over their huge districts of 2 million people each. How powerful are they? Janice Hahn, daughter of the late Kenneth Hahn — a Los Angeles County supervisor for 40 years — was elected to Congress in 2013, but has found Washington frustrating. She
recently announced that she is giving up her seat in Congress to run for a spot on the board. The result: more change at a county suddenly in motion. 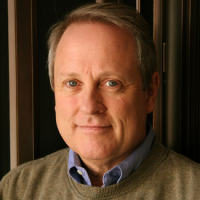 Robert Greene is an editorial writer at the Los Angeles Times.