When my former colleagues — I was a teacher for 10 years — first heard of the decision last June in Vergara v. California, they did not waste time responding. In posts on Facebook and conversations up and down the state, they were furious and frustrated. The common theme: People outside of education, including the judge, did not grasp the real issues confronting public schools and instead were taking out their anger on teachers.

It’s hardly surprising that teachers would feel defensive about Superior Court Judge Rolf Treu’s ruling. After examining California’s tenure rules — which dictate how quickly a teacher can earn its protections, how strongly those protections insulate teachers from being fired and how forcefully they require districts to resort to “last in, first out” when laying off teachers — the judge then concluded that those rules deprive poor and minority students of their constitutional right to a quality education. The system, he sternly pronounced, “shocks the conscience.”

In my years as a high school teacher in a large, diverse San Francisco public school, I saw all those forces at work. I was laid off twice, only to be hired back both times. I then received tenure and was protected thereafter. And I recall my principal openly grousing about how tenure prevented the removal of an undeniably poor and often absent teacher at our school. Tenure clearly has its downsides.

I recognize that a teacher’s vantage point can be distorting. Education policy is a vast and complex arena in which teachers in the classroom have an important but incomplete view of larger dynamics at play. Still, learning takes place in classrooms, not courtrooms, and the perspective of teachers matters, too. As policy-makers consider the future of tenure in California, I’d offer a few thoughts:

First, teacher job security shouldn’t trump all other educational values. When it discourages innovation and productive experimentation, it has gone too far. As I see it, the rise of charter schools doesn’t just reflect the fact that parents are looking for better options, it also demonstrates that teachers are looking for more promising working environments, and are willing to give up some job security in return.

Second, current teacher evaluation systems that emphasize testing are inadequate. They fail to fully measure the value of a teacher and are disruptive to the collaboration that strengthens schools. Test scores may be one component of an improved evaluation process, but over-reliance on them creates the wrong incentives for teachers — steering them solely toward that metric. A private-sector example is instructive: In 2013, Microsoft junked a “stack ranking” performance evaluation system that many in the company felt had stunted collaboration and deterred recruiting for years. That’s how a rigid performance evaluation tool can do unintended damage.

Finally, this is not just about firing bad teachers. It’s about attracting and retaining good ones. As Dana Goldstein, author of the recent book “The Teacher Wars,” points out, there are many reasons why strong teachers do not teach for long at low-performing schools: High principal turnover, longer commuting distances, and general teacher
preferences for less troubled learning environments all contribute to the problem. In other words, eliminating the lowest-performing teachers from schools does not ensure improvement in the overall quality of these schools, as there is no guarantee that better teachers will naturally slot into these positions and stay.

Much as I sympathize with children and their parents stuck with a terrible teacher, there is no evidence that a singular focus on removing these teachers is the most promising way forward. In fact, it could be that such an emphasis ends up making low-performing schools even less attractive for all teachers.

Teachers matter. But improving the quality of teachers at struggling schools is most likely to come by taking coordinated, incremental steps that encourage all teachers to improve and develop metrics that evaluate their performance more thoughtfully. Tenure may or may not have a place in this environment, but the priority should be policy that stimulates teacher collaboration and productivity. Yes, bad teachers should be fired, but not in such a way that better teachers opt to leave the profession.

These ideas aren’t magic bullets, and they may not satisfy those in search of a quick solution, but their patient application might actually improve California schools. 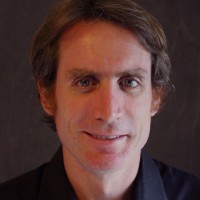 Nathan Holmes works as a graduate student researcher for the UCLA Lewis Center for Regional Policy Studies and will complete his master’s degree in urban and regional planning this June.