A Jordan High School senior takes her seat in a small circle of chairs. The restorative justice room, fluorescent-lit and filled with desks, could pass for an old-school detention room. Instead, it is where specially trained counselors and teachers use talking circles and group therapy-like discussions to coax misbehaving students into confronting their problems and to help them out of their stews of anger and defiance.

The young woman is here because of a faceoff with another student that almost escalated into a brawl. She sits expressionless, hands folded across her chest, a whippet-thin figure who has bounced around several high schools but has managed to thrive at Jordan. A counselor, a dean and a restorative justice leader sit with her. They all want to see her graduate. A red plastic flower has been anointed the talking piece. Several times, she refuses her turn and passes the flower on. When she finally speaks, she recounts how the other student, also a girl, approached her, nose to nose.

“Well, it’s good it didn’t escalate into a fight,” Sergio Luquin, the leader, offers. “Who do you think was harmed here?” He gives her the plastic rose.

She slides back into silence and passes it along. Not long ago this student might have been suspended. But in 2013, the Los Angeles Unified School District became the first in California to end suspensions for willful defiance, a wide-ranging category of misbehavior that can mean mouthing off, disobeying a teacher or becoming disruptive in class. National and local research showed that schools were disproportionately suspending black and Latino males, and that the suspensions were putting students at a higher risk for falling behind, dropping out and ultimately getting into trouble with the law. Other school systems around the country have followed suit, and California passed a law in 2014 limiting willful-defiance suspensions. During the 2011-12 academic year, L.A. Unified suspended 18,888 students. In 2013-14, it suspended 8,864.

The LAUSD replaced suspensions with restorative justice — conflict resolution, problem solving and making amends through counseling and group dialogue in talking circles. But mastering the technique takes time, training and funding. Teachers and administrators at many schools have yet to receive the preparation they need. That leaves them still struggling to deal with unruly students.

Two schools trained in restorative justice are Jordan High and Florence Griffith Joyner Elementary School, both in Watts. They draw their students from African American and Latino communities coping with poverty and crime. While they are part of the LAUSD, the schools are run by the non- profit Partnership for Los Angeles Schools, which funded the restorative justice training.

During the 2010-11 school year at Joyner, 138 students were suspended. This academic year, as of early February, only two had been suspended.

The drop is the result of increasing expectations for behavior and showing students that they are valued, said principal Akida Kissane-Long: “Every child in this school is known by at least two adults (on the staff).”

In Raquel Williams’ fifth-grade class, the weekly talking circle is not about dissecting discipline problems. It is more like group therapy. Under her patient questioning, students go around the circle eagerly naming their favorite animals and, later, what they dislike about their neighborhoods. Gunfire and lack of parking come up several times.

Back in Jordan’s restorative justice room, counselor Luquin has a ques- tion for the senior: Could she have done something differently when she was provoked?

“Walk away,” she says, reluctantly.

But the young woman is unconvinced. “When people come up to me with a group of friends ready to fight, that makes me mad.”

Washington looks at her calmly. “In the rest of your life, people are going to want to fight you.”

She won’t let on whether she has grasped his point. But at the end of the circle, she agrees to come back and talk again. 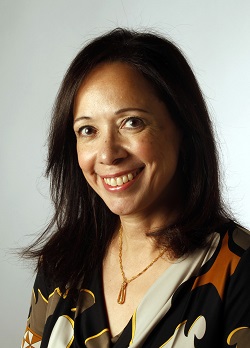 Carla Hall is an editorial writer at the Los Angeles Times.

Vergara, Tenure and Me