I was late to a recent poetry slam night in West Hollywood. By the time I got to the Greenway Court Theatre, the seats were filled; even the stage, a raised platform at the center of the room, was packed. I soon learned why.

“My privilege is a genocide I never have to acknowledge” — one young woman lamented of her white privilege. She longed for solidarity, struggled to find it with those who hadn’t been given her opportunities. “This poem is for the ally. The poet who only tasted riot in their metaphor.”

Another poet reflected on her biculturalism. Spanish to her was full and vibrant, yet flawed, incomplete. It was to her “everything that should be, but isn’t.” English, by contrast, was pragmatic, a means to an end, yet stifling and unromantic. More ruminations followed, soul-bearing expressions of identity and resilience, poverty, shame and suffering. It was an evening devoted to provocative, confrontational speech, much of it welcomed with snapped fingers — yes, really.

So different from the debates that are emanating from college campuses today. Indeed, the night  in West Hollywood underscored a strange schism that runs through my generation — a welcoming of passionate expression coupled with an intolerance for dissent. We cheer, or snap fingers, for those brave enough to bare themselves in public but flinch at speech that has the potential to offend, especially when uttered on a college campus. There, speech may be thrilling, but offense is off-limits.

Take the recent controversy at Yale University. After college administrators cautioned students not to wear offensive Halloween costumes, a thoughtful lecturer of childhood education, Erika Christakis, composed an email questioning whether students needed that patronizing guidance. “I know that many decent people have proposed guidelines on Halloween costumes from a spirit of avoiding hurt and offense. I laud those goals, in theory, as most of us do,” she wrote. “But in practice, I wonder if we should reflect more transparently, as a community, on the consequences of an institutional (which is to say: bureaucratic and administrative) exercise of implied control over college students.”

One might read that as a defense of student autonomy, and thus expect students to welcome it. Nope. Instead, she has been hounded and pilloried. Hundreds of students have called for her dismissal. They even want her husband, a Yale professor, fired, too.

Nor is this intolerance for speech — in the Yale case, measured and mild speech at that — limited to the Ivy League. At the University of Missouri, where justifiably triumphant students were celebrating the resignation of a college president who proved tone deaf on issues of race, one photographer had the temerity to take pictures at a public demonstration on public property. Assistant Professor Melissa Click — who works in the school’s Department of Communication, no less — responded by calling for “muscle” to have him removed.

Millennials are often praised as the most tolerant generation, and this instinct to protect students and others from the pain of provocative speech is well-intentioned. Yet what began as genuine sensitivity to the power of speech has morphed into a tentativeness to express any views contrary to popular opinion, and has empowered those who would suppress speech that they don’t like.

The sad result: On many college campuses the fear of offending others strangles us and prevents legitimate, important matters from being discussed. We pass up opportunities to share our thoughts when we have opinions that will not be near-universally accepted. Every step is taken over eggshells, which leads to a stifling of ideas and discussion. We have sacrificed intellectual freedom for emotional safety.

All of which is so in contrast to poetry slam night. There, young people got up and spoke, shared with a crowd of strangers their vast and diverse beliefs — not apologetically but boldly. Others listened without defensiveness or resort to retaliation.

I am part of a generation that needs to be reminded that speech is both powerful and necessary — that there is a value in holding beliefs firmly, even ones that are not widely recognized, that the danger of groupthink is real and that the antidote to conformity lies in the dangerous but stimulating arena of disagreement.

It doesn’t have to be poetry. Expression is wonderfully diverse, and modern technology makes it stunningly democratic. It takes the form of research papers, artwork, a speech, a play, a blog post. What matters most are the courage to say what’s important — and the willingness of others to listen. 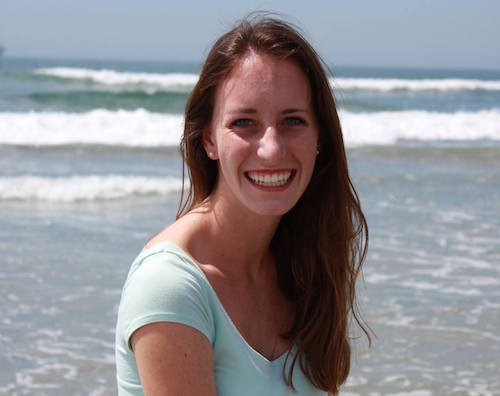 A native of Orange County, Kristen Hardy is a third-year Communication Studies major at UCLA.

Vergara, Tenure and Me