A FEW YEARS BACK, THE LOS ANGELES COUNTY CHILD WELFARE SYSTEM seemed to be faltering under the weight of its responsibilities and the conflicting demands on its workers.

An increase in the number of children removed from abusive or neglectful parents was straining a foster care system that had too few placement options. Many kids wound up warehoused for days in makeshift “holding rooms” or shunted to crowded group homes.

Foster parents were bailing out, complaining of low reimbursement and inadequate support. Ten years ago, the county had 7,800 children living in 6,380 foster family homes. By 2013, the number of foster care slots had begun to shrink; there were 6,300 children to place and only 3,440 foster homes.

Social workers, meanwhile, were stretched beyond their limits. Their caseloads were almost twice as large as those of counterparts in New York City. And the shortage of foster beds meant it might take 100 phone calls to find a spot for a child with any special need — a teenager, an infant, a collection of siblings, a youngster with physical or mental disabilities.

Then in 2015 — stung by the beating death of an 8-year-old boy left with abusive parents, and prodded by a Blue Ribbon Commission that investigated the child welfare system — the Los Angeles County Board of Supervisors moved to increase oversight and enact reforms. They created an Office of Child Protection, and high on its agenda was finding a way to tap the region’s rich vein of private philanthropy to help strengthen the public safety net.

That led to the launch last year of the Center for Strategic Public-Private Partnerships, funded by the county and several local charitable groups, and run by Kate Anderson, a UCLA grad and attorney with ties to the philanthropic community and experience in social justice advocacy. That group’s efforts, seen by many as a model of philanthropy and public policy coming together in search of solutions to society’s most difficult problems, has already had a profound impact on the lives of thousands of young people.

A turning point for children

The operation is not unique to Los Angeles but is a large-scale test of an idea that is gaining adherents — the notion that there are useful roles for both the private and public sectors in addressing the complexities of foster care. It is part of a national trend toward formalizing relationships between government and philanthropy, in hopes of funneling new resources to long-standing problems.

The approach has provoked controversy in some arenas — particularly public education, where, in the view of critics, privately funded charter schools have siphoned resources from struggling school districts. But it offers clear advantages to bureaucratic behemoths such as Los Angeles County’s Department of Children and Family Services, where the pace of change can be glacial and government money isn’t always easy to access.

“We’re not trying to make policy,” Anderson said. “As a center, we’re here to support the county. I have this public partner who wants investment and wants to see changes, and private partners who want to help the public make those changes.”

Winnie Wechsler is one of those private partners. She’s executive director of the Anthony & Jeanne Pritzker Family Foundation; its Pritzker Foster Care Initiative funds a slew of child welfare-related nonprofits.

The county’s new approach can amplify that help. “It’s not just giving money, it’s being part of the thought process,” Wechsler said. “If the county is looking at new ways to implement change, we’ll look to augment things that cannot be funded by their public sector dollars.”

Her group has already made a mark by funding a study of foster family recruitment to figure out why the numbers were falling. The research, conducted by UCLA’s Luskin School of Public Affairs, found that applicants were frustrated by the cumbersome process. They wanted clearer guidelines, more online access and consistent support.

The child welfare agency quickly moved to address those concerns — revamping its website, adding recruiters and providing foster families with their own social workers. The number of applicants who stuck it out and became foster parents rose dramatically.

In that case, a little funding made a big difference. “It ended up not being a big pot of money, but it accomplished something specific in a timely manner when the department was ready to take advantage of it,” said UCLA professor Todd Franke, chair and professor in the Department of Social Welfare at Luskin, who helped coordinate the study.

That’s one of the biggest benefits of private-public links. “The private foundations have the ability to react quickly when there’s a need for information,” Franke said. “There’s not a lot of bureaucracy tying things up. They make a decision, and they fund something. Without that, we miss opportunities.”

But it’s important, Wechsler said, that the government agency makes the call on what it needs. “It’s not helpful for us to be doing some project on our own and say, ‘FYI, here’s a study we’ve done; now use it.’ We have to respect what they’ve defined. … It’s a partnership, and we understand that they are the experts.”

Private spending on foster care still amounts to little more than a pittance, compared with the $45 million the child welfare agency will get in government funding this year. But the private dollars have fewer strings attached, allowing for experimentation and filling service gaps.

“Ours is money that can be used flexibly,” Wechsler said — for something as theoretical as program assessment or as practical as paying the security deposit for a former foster child moving into his first apartment.

That flexibility makes the government more nimble, able to pivot quickly as new needs arise. In Los Angeles County, the partnership’s access to private funds and pro bono help meant being able to provide legal advice to foster youth who are undocumented and need to understand their options.

“We do the footwork of building relationships, so we understand the needs and the resources,” Anderson said.

Anderson, who took office in April 2016, got her cues early on from regions that have had success with the private-public partnership concept.

The example of Allegheny County

One of those pioneers was Pennsylvania’s Allegheny County. It has only 1 million people, compared with Los Angeles County’s 10 million, but it struggled with similar problems and fiscal limits. The director there recognized he could not build the system he wanted with only county money. So he enlisted private foundations to pay for pilot programs that might improve outcomes. “He needed them to build and study the programs, and if they were successful, the agency could take over with public funding,” Anderson said.

She identified three main things that foundation money provides: innovation dollars, research dollars, and grants that support the core of an agency’s work or keep good programs from sinking under the weight of mundane problems.

In its first year, the center drew more than $500,000 in private sector investments — help that has gone toward big goals, such as finding ways to strengthen troubled families, and small tasks, like setting up a separate phone line for prospective foster parents, so they don’t get lost in a crush of child welfare calls.

The center’s hallmark venture was a foster care recruitment event in June in South Los Angeles, supported by leaders and churchgoers from the area’s faith community. The resource fair gave visitors a chance to hear from foster children and parents, attend an orientation and start the certification process with the Department of Children and Family Services (DCFS). More than 140 families turned out, and 44 applied that day to become foster parents — a big deal in an area with an overabundance of foster children and a critical shortage of foster homes.

That event paid dividends that have yet to be tallied, Anderson said. Several area congregations want to host future resource fairs, and a Foster Care Ministry is being developed by a coalition of African American churches that represent more than 120,000 people.

“That’s an idea that’s come from the community,” she said. “We were able to connect them to DCFS, and they’re pushing DCFS to think differently. That’s part of what’s so great about this. It expands the horizons of how government operates.” 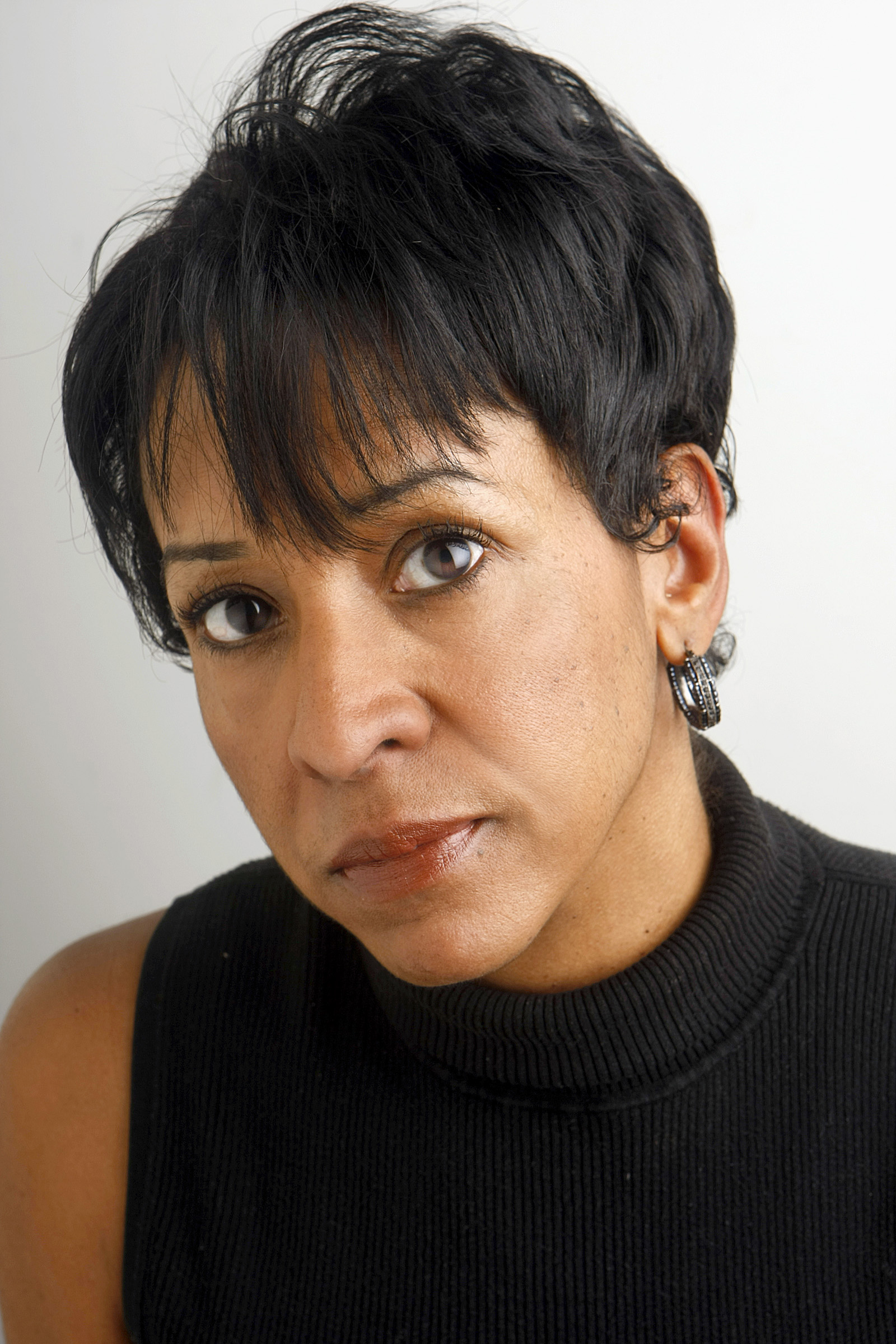 Sandy Banks is a lifelong journalist and former columnist for the Los Angeles Times. She is currently a Senior Fellow for the USC Annenberg Center on Communication Leadership & Policy, and a consultant on media issues.

Meredith Phillips is helping students to learn while learning from them about how to teach others.