AS LOS ANGELES CONSIDERS ITS FUTURE, few questions are more pressing than where its residents will live. The price of housing haunts much of the region’s vision for itself, undergirding homelessness, reinforcing the consequences of income inequality and threatening to divide the region into enclaves of rich amidst oceans of poor. As such, the topic is the subject of intense policy and academic interest, with researchers at UCLA and elsewhere examining models in other communities that may suggest ways for this area to address the cost of housing and its implications for society at large.

The dimensions of the issue are striking: California contains four of America’s five most expensive housing markets and about a quarter of the nation’s homeless. When the cost of housing is considered, certain parts of Los Angeles have some of the highest poverty rates in the country. Affordable housing is rare and difficult to encourage.

The median price for single-family homes in Los Angeles rose 22.6% to $809,750 in July, while sales increased by 6.4%. According to the NAHB/Wells Fargo Housing Opportunity Index, Los Angeles has been the least affordable large metropolitan area in America since the fourth quarter of 2020. Only 11% of families can afford a median-priced home in Los Angeles. And with a median individual income of $28,072, it would take nine years for an average Los Angeles resident to earn the sales price of that home. Nationally, the average is four years.

Income inequality in Los Angeles exacerbates an already dire housing situation. A local minimum-wage worker would have to work an average of 87 hours per week to pay the rent for an average one-bedroom apartment. With an unemployment rate of 10.4% in July 2021, too many Los Angeles residents are extremely reliant on rent moratoriums, and homelessness has increased by 16.1%. A UCLA study found that one in five renters in Los Angeles was unable to pay on time during the early months of the pandemic. In 2020, about 7% — or about 137,000 households — were unable to pay any rent at all for at least one month from May to July. This was a substantial surge when compared to the roughly 2% of renters in 2019. And the share of renters that was unable to pay part of their rent for at least one month almost doubled, from 17% to 31%.

A history of racism in housing

Such disparities are hardly new. Housing and real estate in America have long been hotbeds for racial and economic segregation. African-American communities have repeatedly been denied the opportunity to accumulate wealth and own property. During the economic boom that followed World War II, progress in California was racially restricted by the Federal Housing Administration (FHA) through practices such as redlining and exclusionary zoning. Lakewood, developed between 1949 and 1953, and Westchester, developed by Kaiser Community Homes, were FHA White-only projects.

From 1937 to 1948, more than 100 lawsuits challenged racial covenants and evicting African Americans in Los Angeles from their homes. In 1947, an African-American man was jailed for refusing to move out of his house, in violation of racial covenants. Westwood, the neighborhood bordering the UCLA campus, was notorious for such segregationist practices.

During the 1960s, after racial covenants across Los Angeles were no longer legal, real estate agents sought an opportunity to commence “blockbusting” Los Angeles suburbs such as Compton. Blockbusting was the practice where agents would instigate fear among White homeowners about the influx of African Americans into their community and the subsequent drop in property values. Once all the White homeowners had given in to their trepidations, agents would then sell the same homes to Blacks at inflated rates. State legislators and regulators condoned the practice.

These practices encouraged severe segregation in the Los Angeles area and excluded African Americans from accumulating generational wealth through home ownership, long after segregation was prohibited by law. Owning a home was easy for Whites through cheap, FHA-approved mortgages, even as those loans were routinely denied to Black applicants. The effect can still be felt in L.A.’s African-American community, where the median value of homes purchased in the 1950s would have increased since by almost tenfold. Black were denied those investment opportunities and the wealth that those homes would have allowed them to accumulate.

Today, many families, White or otherwise, still might not be able to purchase a house. That is because racial restrictions have been replaced by exorbitant prices. In contrast to the ‘50s and ‘60s, only half as many housing units have been built in the past decade, while demand has continued to grow.

That is not because Los Angeles has run out of space. Indeed, there is a misconception that Los Angeles has no more room to build new housing units. The truth is not that land is lacking, but rather that land is being misused. A majority of the neighborhoods in Los Angeles are zoned only for inefficient single-family homes. There is a high demand for housing in areas with a lot of job opportunities, notably the Westside. But a majority of the dense concentration of housing is in central L.A. and downtown, where multifamily zoning and apartment complexes are common, but jobs are more scarce.

Moreover, the areas under single-family zoning can vary drastically across neighborhoods. For instance, only 14% of the homes in Palms (11.07% African American), are single-family, whereas in Cheviot Hills (1.31% African American) 78% of the homes are single-family. Los Angeles has built an insufficient number of homes in the last 50 years. The average home is 65 to 95 years old and areas of high poverty have the oldest average home age.

Housing and the unhoused

For researchers who tackle these trends,  homelessness is the most tangible form that inequality, housing shortage and poverty can take in a metropolis like Los Angeles. The county of Los Angeles would need to build 509,000 affordable units to solve the homelessness crisis. “It just seems like a fundamental contradiction that a place that strives for equity and claims to be sustainable has people who cannot afford to live anywhere,” said Stephanie Pincetl, professor at the UCLA Institute of the Environment and Sustainability.

Pincetl urges Los Angeles to follow the examples set by cities such as Minneapolis, Berkeley and Portland, Oregon, to end single-family zoning. She acknowledges the uphill battle. “Here we are, a city that thinks of itself as so liberal, and we can’t even entertain the notion of abolishing the single-family zone,” she said. “You try floating that out there to any of the city council districts and they will just flip. I’d say Los Angeles has had almost 100 years of building under single-family zoning.”

The single-family zone may be deeply ingrained in American land-use policy, but referenda such as Proposition HHH and Measure H have targeted the issue of providing affordable housing for the homeless population of Los Angeles. Prop. HHH was a $1.2 billion bond to build approximately 10,000 units for the homeless, and Measure H was a 1⁄4-cent sales tax approved by Los Angeles County voters in March 2017 to combat homelessness. Some experts were encouraged by those votes. “In 2016, we as a people decided to tax ourselves to come up with $1.2 billion to expedite the production of permanent supportive housing in the city of L.A.,” said Michael Lens, associate professor of urban planning and public policy at UCLA. “That’s a tax-and-spend initiative on a grander scale than any other city in the country has engaged in recent decades.”

Still, the dream of an affordable housing market in Los Angeles remains elusive. About halfway into its 10-year tenure, Prop HHH has produced only 7% of the housing units it was supposed to create. Land acquisition and other factors slow down the process, but even if all 10,000 units were built, the city would still be very short of meeting its housing requirements.

“Looking forward,” Lens said, “we are still probably two to three years away from the 10,000 units being produced. We need more money for permanent supportive housing. We need a kind of HHH part two. However, I think that looks very unlikely given the public’s perception of how this has gone.”

Meanwhile, state officials are taking note of the housing crisis. On September 16, just three days after surviving the attempt to recall him from office, Gov. Gavin Newsom signed three housing-related bills. The most significant, SB 9, allows lot-splitting and enables property owners to subdivide their single-family lots and build up to four units where there was initially just one. A study by the UC Berkeley Terner Center for Housing Innovation found that SB 9 could create more than 700,000 new homes that would not be constructed under normal market conditions.

The housing shortage and the homeless crisis are inextricably linked. Predominant single-family zoning prevents the development of affordable multifamily units such as apartment complexes or smaller homes. Though some of the homeless resist housing even when it is available, others would happily accept housing if they could afford it. Still, communities resist, with far-reaching implications.

“Even if Prop. HHH and Measure H passed with majority voter support, the median homeowner does not want anything built near them at all. They might not want anything built rather far away from them in some cases,” Lens said. “If you look at what’s going on in Venice right now, I think it’s very illustrative. That community hasn’t built. I think it’s true that the population of Venice has declined in the last 30 years. You have this incredibly high demand for living there, but they haven’t been allowed to build any new housing. So housing just is getting more and more expensive. Homelessness is getting more prominent, and renters have been pushed out.”

Those are the crises that confront the future of Los Angeles. 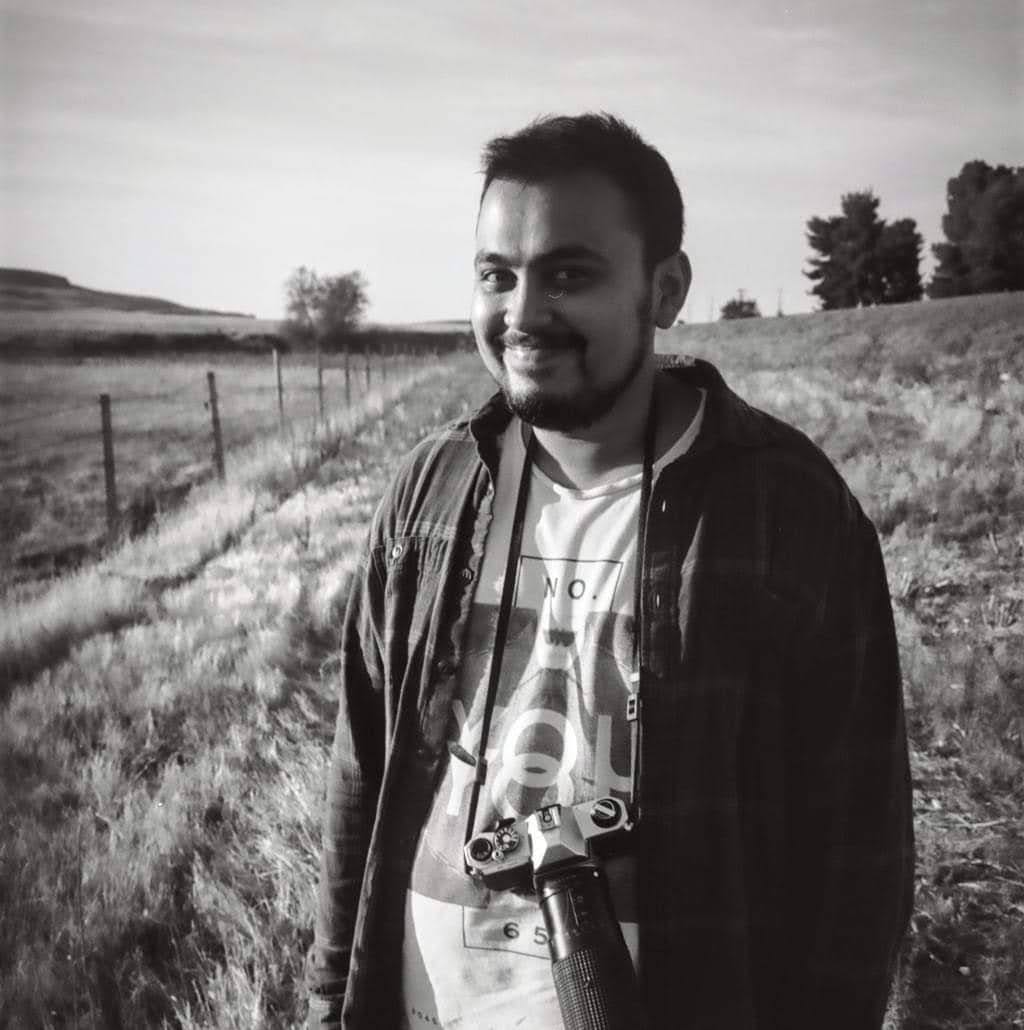 Designs for a New Los Angeles

L.A. invites fresh thinking on how to live and work