After 10 years of mounting criticism, the Los Angeles County Probation Department is moving away from punishing juvenile offenders and toward rehabilitating them, a shift that experts welcome and that may at last bring the embattled department into conformity with a growing body of research on how best to address juvenile crime.

“There has been a trend toward this change in model,” said Jorja Leap, adjunct professor of social welfare at the UCLA Luskin School of Public Affairs. “The time has come for L.A. County to be a part of it.”

That trend reverses decades of movement in the other direction, part of a larger, national crackdown that included Three Strikes and other tough-on-crime initiatives, many born in California. It was in those years that the public, alarmed at the descriptions of “super predators,” responded with prisons for children. It was, said Leap, “crazy,” though difficult to resist politically. No elected official wants to be the one to allow a dangerous person, even a child, to commit new crimes.

But while locking up young people was politically popular, it was neither intelligent public safety nor a smart use of public money, as new research is making ever more clear. One important contributor to that body of work is Laura Abrams, associate professor of social welfare and doctoral program chair at Luskin.

“We’re often asked to inform policy [or] practice, or to help engage with the community,” said Abrams, whose research focuses on identity formation and transitions among youth and young adults with histories of incarceration. Her most recent work (to be published by Rutgers Press, probably in 2016) is an attempt to look more deeply into those who have been caught up in California’s juvenile system. Over a period of years, Abrams followed the lives of 25 young people who had done time in the California juvenile system, mostly in L.A. County.

“I interviewed these young men and women from three to five times between the ages of 18 and 24,” Abrams said. “Many had been incarcerated more than once. … A lot of them had been shuffled through the system — and it was very clear that the detention facilities and camps and probation group homes really didn’t prepare them too well for independence.

“When you spend your adolescent years behind bars, you lose ties … to mainstream social situations, to family,” she said. “And when these young people turn 18, there can be many fewer resources for them than when they were a juvenile.”

“These young people’s lives were characterized by a great deal of instability,” Abrams added. “Between the interviews, they would have moved, changed jobs. There was always a sense of climbing up a steep hill. They might get ahead with a job, but they couldn’t complete school. Maybe they found a place to live in an independent living facility, but then it was too far away from their work. One young woman finally got a job at a movie theater, but she couldn’t keep it because they were asking her to work until 1 in the morning and she was a single mother.”

Half of the young people Abrams tracked were already “in and out of adult jail or serving time,” she said, noting that in some cases it was for serious offenses, but that in most instances it involved “being thrown in jail for petty things like unpaid parking tickets or unpaid fines or not having up-to-date registration tags on their license plates.”

That only compounded the sense of antagonism and alienation, Abrams added, noting that many of those she interviewed felt “overly monitored” by police and targeted for their race; all of the men in her study were black, Latino or Filipino.

In 2012, Abrams and co-author Ben Anderson-Nathe published “Compassionate Confinement: A Year in the Life of Unit C.” The book follows the lives of 15- and 16-year-old boys navigating the juvenile detention system. It examines the tensions among punishment, rehabilitation, involuntary treatment and identity construction, as well as processes of behavioral and identity change.

Abrams’ work supports the concept that “if we want to stop the revolving door of incarceration, we need to provide young people with a leg up on how to get not just re-entered but reintegrated — into family, into school, into the social aspects of community, so they’re not just re-entering the same set of circumstances that led to incarceration in the first place,” she said.

Leap concurs. Just as common sense in sentencing and attention to reintegration for juvenile offenders offer promise, more punitive approaches can backfire. Solitary confinement, for instance, can compound traumas for young people who often have been exposed to myriad violence — from gangs to domestic abuse, Leap said.

Some L.A. County facilities have eliminated or at least reduced the use of solitary confinement. In addition, there are also real transitions under way in facility design, such as at Camp Kilpatrick, where the county is now tearing down large, impersonal barracks and replacing them with small cottages where the young people will live together in groups.

“They’ll be functioning in a home-like environment … learning together, doing therapy together,” said Leap. “It sounds like a small change, but it’s a complete turnover in the approach to these youth.”

The role of academics

“Are things getting better?” Abrams asked rhetorically. “It depends on which camp, which juvenile hall. But most of these facilities are still very outdated.”

The line between research and advocacy can be a thin one, and to some of those who have studied juvenile crime extensively, the conclusions are so stark that it is difficult to resist the temptation to argue for change.

“Sometimes I feel like it’s easy for academics to sit here and say what should happen, when we’re not there day to day,” said Jyoti Nanda, a core law school faculty member in the David J. Epstein Public Interest Law Program. “But someone needs to say this is wrong, that we’re traumatizing these children. Academics have to be the ones to say these things.

“The challenge of the juvenile justice system is that it involves multi systems and multi agencies operating with different interests,” added Nanda, who co-launched and teaches the Youth & Justice Clinic, which serves the civil needs of detained children in L.A. County’s Central Juvenile Hall. “A lot of times these kids fall through the cracks.”

Much of Nanda’s research has focused on girls and young women in the system. “We don’t have targeted outreach, response or remedy for these young women,” she said. “It’s not that what they have for boys is adequate. It’s not adequate. But what they do have — all the programming — is geared toward them.”

To take just one example: Most girls who wind up in the justice system have some sort of sexual abuse in their family history, and many programs do not address this issue.

“If a girl is offering sex on the street, they’ll arrest her, charge her with prostitution and she becomes part of the criminal justice system. … She has an open file,” Nanda said. And yet, it’s difficult to imagine that such a girl chose that course deliberately; it seems far more accurate to view her as a victim than a criminal.

“We did it partly to document their stories that will become the footnotes for our policymaking,” she said. “It gives us additional affirmations that what we hear second-hand is true.”

The panel and audience sat quietly as girls described their traumatic experiences, debunking whatever tendency there was to see them as willing criminals.

One of the girls at the hearing had been sexually trafficked, Nanda said. “Another girl was in the foster care system, we had one girl answering questions about her abuse in front of the abuser,” she added. “They spoke poignantly about their experiences with schools and school police, and within the judicial system.”

In addition to the embrace of a more rehabilitative approach for juvenile offenders, Los Angeles County also is enjoying some respite from what once were crushingly large numbers of boys and girls in custody. Two years ago, county facilities typically housed about 2,000 inmates; today, that number has fallen to about 540.

County Supervisor Mark Ridley-Thomas considers that decline the “most significant improvement” in the system, but cautions that it is not the result of adopting new rehabilitative programs. Rather, he said, it’s part of the overall decline in crime nationally and in Southern California.

As those new programs are employed, however, Ridley-Thomas hopes they will accelerate the drop in youth incarceration. “Any confinement is contrary to rehabilitation and by virtue equates to punitive measures,” he said. “This is particularly true for the developing mind of a juvenile and persons struggling with mental disabilities. Isolation and separation from familial environments and community safety nets, even in brief confinement, has been shown to increase mental and emotional trauma.”

Ridley-Thomas joined researchers in touting the superiority of community-based programs as both more humane and more cost-effective than incarceration. That’s especially true, he said, for first-time offenders and young people whose crimes did not significantly endanger the public.

Those are precisely the messages of the most current research in the field. “We’re in the midst of a real sea change in terms of juvenile justice,” Leap said. “It’s up to all of us — researchers, advocates, county probation — to sustain these changes and make the L.A. County system a national model.”

Abrams wholeheartedly agreed. “As academics,” she said, “we have to do whatever we can to continue to help change the system.” 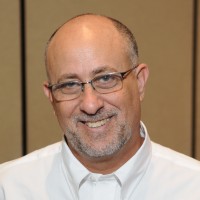 Scott Fields has written extensively about entertainment, advertising and journalism. He is a contributing writer for UCLA Magazine.

Surprising results suggest that offenders can break the cycle of recidivism. Counseling and health are key.