The UCLA School of Nursing needed peer coaches, so it hired some felons.

Nobody, says Associate Dean Adeline Nyamathi, could have done the job better. She teamed the former inmates with nurses and offered counseling, case management and health care education to 600 parolees and probationers at a residential drug and alcohol rehabilitation program south of downtown Los Angeles.

The purpose: to find out what combination of assistance is most effective in reducing drug abuse and recidivism of newly released inmates. That’s a problem of great social and even economic significance. Seventy-six percent of those who leave prison go back within five years, according to a 30-state survey by the U.S. Bureau of Justice Statistics. It is, as Nyamathi said, a “revolving door,” and it is one of the reasons California spends far more from its General Fund on prisons ($10 billion per year) than it does on its University of California and state university systems combined ($7.4 billion).

Prisoners often lose families and support networks while they are locked up, Nyamathi said. This causes one of the most difficult challenges convicts face when they are released because it creates “insurmountable odds [against being] successful in re-entering into the community.” Access to health care and counseling, she said, “gives them the skills that they need, the improvement of self-esteem, the networking [and] social support. All these things are the secret combination … to preventing the tendency to go back to the life that put them in prison in the first place.”

A soft-spoken researcher whose fashion statement is long silk scarves, “Adey” Nyamathi specializes in investigations into health promotion, coping and personal adjustments to illnesses, as well as risk reduction for adults and adolescents vulnerable to diseases, including HIV/AIDS, hepatitis and tuberculosis. Her study of post-release counseling and health assistance was born of “my very strong interest in community-based participatory action research,” she said. “Nurses believe that when you can improve one part of your life … that it has ramifications in lots of other parts.”

Five years ago, Nyamathi, funded by $3.2 million from the National Institute on Drug Abuse, embarked on her work with the 600 parolees and probationers, all at Amistad de Los Angeles, a residential drug treatment center in a four-story brick building and adjacent structures near the Harbor Freeway in South Central Los Angeles. Her subjects had entered the center immediately after leaving custody. Mark Faucette, vice president of the nonprofit Amity Foundation, which runs Amistad, said its mission is to “help individuals who are some of the most marginalized in our communities. We have a lot of individuals with pretty severe health issues, which is one of the reasons why we were excited to be a part of this project with UCLA.”

After a health assessment, most of the parolees and probationers, ranging in age from 18 to 60, were vaccinated against hepatitis A and B. They also were tested for HIV and instructed in health care, including the dangers of injecting drugs and having unprotected sex. They were coached by peers — five former inmates, hired and trained to be part of the intervention team. Some of the peer coaches had served lengthy sentences. Faucette says their combined terms totaled “well over 100 years.” But they had turned their lives around and become successful role models.

The School of Nursing, Nyamathi said, might have achieved a first by putting felons “on the payroll of UCLA.” Because of their experience “of having been incarcerated themselves,” she said, “they have the ear for listening.” The ex-convicts, she added, were “fabulous to work with.”

The subjects of the study averaged 11.5 years of education, just short of a high school diploma. Forty-six % were African American, 33% were Latino, 15% were white and 6.2% were of other ethnicities. They were randomly divided into three groups.

The first group received intensive case management from UCLA nurses. “The nurse sits with you,” Nyamathi said. “She gets all your needs, what are the priorities, and actually makes sure you get to that referral, get an appointment with that doctor, or with that nurse, or social service or legal [assistance].” Members of this group also got peer coaching, both in group settings and one-on-one, and they were shown how to reduce the risk of hepatitis and HIV infection.

The second group was given only peer coaching and attended a brief information session on hepatitis.

The third got limited peer coaching and attended an even briefer hepatitis session.

The combination of case management by nurses and peer coaching by former inmates proved to be the most successful treatment model. Members of the first group showed a higher likelihood of completing drug treatment and reported what Nyamathi described as “significant decreases in their drug use.”

Preliminary findings from follow-up surveys taken six months and a year after the subjects joined the treatment program found that those in the first group said they used less marijuana, methamphetamine, amphetamines and cocaine.

It might not be surprising to learn that the group receiving the most help fared the best. But the study demonstrated something more broadly meaningful: As an alternative to Three Strikes laws or other sentencing systems that lock away inmates for long periods but also overcrowd prisons, repeat offending can be reduced by providing health care instruction, case management and peer coaching. Moreover, the more such assistance former inmates receive, the less likely they are to return to custody. All of which rebuts the once-popular notion that criminals were beyond help and that society could only be protected from them by locking them away.

The study ended last May. Nyamathi says more follow-up is necessary. “We haven’t, unfortunately, done very long-term, beyond a year, follow-up,” she said. “Most programs fail on the ‘after’ side of things. What happens to these people when they get out [of treatment]? Where do they go? Where do they live? Do they go back to the crime-infested areas where they were before?”

Also needed, Nyamathi says, is a women’s study. During the School of Nursing’s work with the male parolees and probationers,” she said, “Women would come up to us and say, ‘How come you’re not working with us?’

“Some of them have told us horror stories of being given $200 [when they leave prison], and the door closes behind them and there’s nothing. They don’t know where to go. They have been out of touch for 20 or 30 years. It’s so sad what’s happening to them. They’ve told us they commit crimes to go back, because they don’t know what else to do with themselves. …

“So we wrote the grant. We got it funded.” The National Institutes of Health has given $688,000 to the School of Nursing to conduct a three-year study of women parolees. Although smaller and shorter, it will be similar to the men’s study. UCLA has hired five women to serve as peer coaches.

They include former inmates, Nyamathi says, as well as women who have friends or family members who have been incarcerated. “We have just completed almost two weeks of training with them to get them ready to do this intervention,” Nyamathi said. “They are fabulous.”

The peer coaches will team with three female nurses — a junior faculty member and two students seeking master’s degrees. Half of the participants in the study will receive a form of behavioral therapy. “It is much more in tune with mindfulness, getting in touch with their inner selves and understanding what makes them anxious,” Nyamathi said. “What makes them hostile? How did their childhoods affect them?” The participants will be taught new ways of coping, she said, “and, of course, reducing drug use.”

For most of her professional life, Nyamathi has wanted to help the most vulnerable in society. “Those who have been incarcerated are the most vulnerable in many ways,” she said. “Many of them, I would say three-quarters of them, have had a history of abuse in childhood — sexual, physical, verbal abuse. That is quite debilitating for them and has led them to behaviors that are not the best kind of coping strategies.

“Others have gotten involved because a boyfriend or a husband [was involved] in drug selling. They began using themselves. Some of them were involved in prostitution because that’s the only way they know how to make a living.” The difficulties of those in custody — and those newly released from custody — are not always met with sympathy. To many, ex-cons are dangerous and untrustworthy, deserving of a cold shoulder rather than a helping hand. Not to Nyamathi. To her, those at risk are among the most important subjects for research. They are, she said, “my passion as a nurse.” 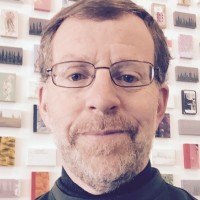 Jeffrey L. Rabin was a staff writer at the Los Angeles Times for more than 20 years. Since leaving the newspaper, he has worked for the California Coastal Commission and the UCLA Luskin Center for Innovation.