It’s no secret that the state of American political discourse is rotten. Talk shows bay with invective; everyone speaks, nobody listens. The Web is a frothy jumble, tossing up fresh ideas one minute and vile hatred the next. Politicians don’t seek solutions; they defend turf. And the President, well, the President spends a lot of time on Twitter.

In some respects, all of this is more amusing than alarming. The Republic has survived crises worse than rigid politicians and loudmouth pundits.

But discourse is necessary to do the real business of politics, which is solving problems. Issues such as immigration or climate change or nuclear proliferation require conversation and compromise if solutions are to be found. Even smaller and more local questions demand some accommodation: Are the homeless best served by cheaper housing or mental health services? Are there only right and wrong answers to questions about traffic, air pollution and coastal protection, or is there room for honest, principled disagreement?  In an atmosphere of vitriol, all sides become defensive, and room for agreement shrinks, sometimes evaporates.

Defective discourse is real, and it is more than just an assault on the eardrums. How did this happen? And what, if anything, can be done about it?

This is what we explore in this issue of Blueprint. We look at discourse from various angles – research that explores political divisions and encumbrances on meaningful participation;  examines bias, real and imagined; and looks at demographics, voting, protest and dissent. We speak with two practitioners of discourse: the speaker of the California Assembly and the chief strategist who guided Barack Obama’s successful campaigns for president. And we consider the strength, dispersion and state of political parties in Sacramento and Washington.

Optimists like to say that America is better off when its people focus on what unites our country and not on what divides it. Oddly, one point of agreement is that no one in politics today is happy with the way Americans talk to each other. Can agreement on the depth of this unhappiness – if not, importantly, on who is most responsible – provide a foundation for progress? We’ll see.

At least we’re still capable of examining patterns and trying to understand problems. This is the work that Blueprint is attempting here.

Jim Newton is a veteran author, teacher and journalist who spent 25 years as a reporter, editor, bureau chief, editorial page editor and columnist at the Los Angeles Times. He is the author of four critically acclaimed books of biography and history, including "Man of Tomorrow: The Relentless Life of Jerry Brown." He teaches in Communication Studies and Public Policy at UCLA. 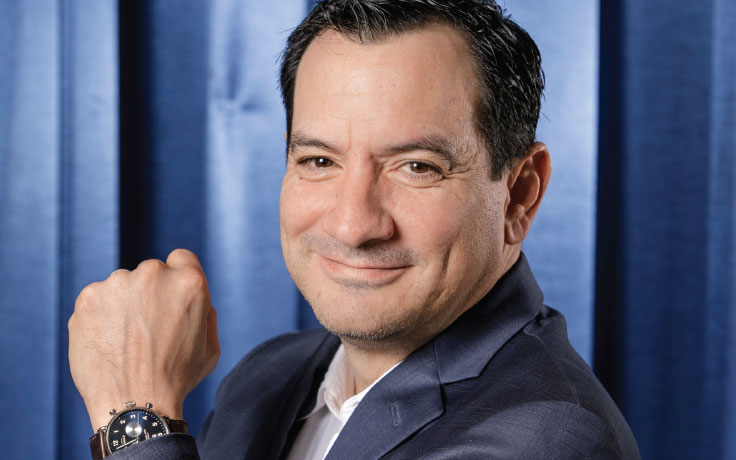 Anthony Rendon: A New Speaker for a Changing State