By any measure, David Hudgins qualifies as a member of the Hollywood establishment. With piercing blue eyes and 15 years of notable work, including critically acclaimed shows such as Everwood, Friday Night Lights and Parenthood, Hudgins is well-known, well-liked and well-respected. That could make him defensive about critiques of his business, including the charge that Hollywood has done too little to promote diversity. He’s not. Asked whether he agreed that Hollywood is behind on race relations, Hudgins did not hesitate: “Yes,” he said, “we have a problem.”

The numbers back him up.

As the Bunche Center report notes, Hollywood’s “homogeneous group of decision makers” is responsible for those glaring differences.

That’s more than one problem. It’s a workplace issue — how could women and minorities lag so conspicuously behind their white male counterparts in any industry? But in the case of Hollywood, it’s also a cultural problem. When American entertainment tells the world that heroes, even superheroes, are white men and boys, it implants a message that reinforces stereotypes. And that’s nothing new: “It’s traditionally been a business run by white men,” Hudgins said. “Think of the Warner brothers. There were three Warner sisters, by the way.”

Why, then, would an industry so famous for its liberal politics be so conservative in its social vision? The base answer is money, or at least the perception of it. Proven stars draw audiences, and most proven stars are white, so risk aversion perpetuates discrimination. That leapt to public attention last year, when the list of Oscar nominees included precisely zero black actors. A number of high-profile actors and executives objected, and some launched the #OscarsSoWhite campaign.

Since then, the Academy has tried to broaden its ranks, extending membership to 683 additional people. Of those, 41% were racial minorities and 46% were women.

“We encourage the larger creative community to open its doors wider and create opportunities for anyone interested in working in this incredible and storied industry,” said Cheryl Boone Isaacs, Academy president.

Still, that alone won’t diversify Hollywood. Hudgins, for instance, notes that diversity is needed through the ranks, not just on screen. Although it is important to have a diverse cast, he said, the people with the most influence are behind the scenes: in film, the producers — and in television, the show runners. These are the creators of the story and the decision makers who choose which version America sees and hears; they are the ones with the power to make lasting change.

Moreover, Hollywood’s caution is also misplaced, according to the UCLA study, the principal author of which was Professor Darnell Hunt. “Films and television shows with casts which roughly reflect the nation’s racial and ethnic diversity, on average, posted the highest box office and ratings numbers.”

Such findings may at last be sinking in. In July, Marvel Studios announced its first female-centric Captain Marvel film. Sony Pictures shocked fans this year by rebooting the Ghostbusters franchise with an all-female cast. Audiences who want to see their identities on screen will soon get more of a chance to do so.

“When I entered the industry in 2003, diversity was not at the forefront of really any discussion with a studio or network,” Hudgins said. “Today, it’s absolutely at the forefront.” 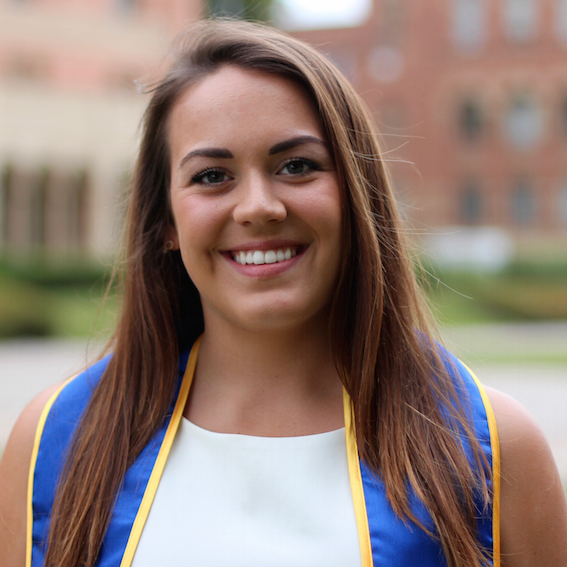 Shelby Scoggins recently graduated from UCLA with a B.A. in Communication Studies and is now pursuing her passion for multimedia storytelling in Los Angeles.

California Republicans: Where Have They Gone?