In his storied 18th-century text,“The Wealth of Nations,” the Scots founder of modern economics, Adam Smith, mused: “A man must always live by his work, and his wages must at least be sufficient to maintain him. They must even upon most occasions be somewhat more; otherwise it would be impossible for him to bring up a family, and the race of such workmen could not last beyond the first generation.”

At least since then, economists, philosophers, politicians and policy makers have been asking the question: Does a stable society depend on an average person’s ability to earn a “sufficient” wage?

Chris Tilly and his colleagues at UCLA’s Institute for Research on Labor and Employment, which he directs, are bringing the tools of contemporary social science research and quantitative analysis to bear on that question. In study after study, they have put a human face on the world of work that so often seems a puzzle composed of interlocking ideological abstractions. In the process, they’re helping to move the debate back to the realm of “moral philosophy,” which Smith mined for his seminal economic insights.

Tilly’s work over the past decade has drawn attention to what he calls “the erosion of the boundaries between work and private life.” While many analysts have cited this process as a burden to white-collar workers, Tilly found that “retailers started demanding 24/7 availability of their prospective employees back in the 1990s.” Nowadays, he explained, such demands are standard throughout the retail sector.

Recently, that kind of finely grained research has made the institute — and Tilly in particular — a go-to media voice in the debate over raising the minimum wage. “Today there is a widespread sentiment across the country,” he said, “that people from the middle class downward just aren’t being paid enough. A lot of people are being screwed. When you study support for increases in the minimum wage, it’s a majority sentiment, even in the red states.”

Some of that sentiment has fueled the recent decisions — hotly debated — by the city and county of Los Angeles to adopt stepped increases in the minimum wage until it reaches $15 an hour in 2021. Apart from the usual arguments that minimum-wage hikes hurt the very sectors that create jobs for the young and the working poor, some see a danger in a patchwork approach to the issue. During the debate over the county increase, Supervisor Mike Antonovich, who opposed the hike, argued, “It reduces a business’s competitive advantage, especially in unincorporated areas that are literally across the street from incorporated cities” with lower wage floors.

Many minimum-wage increases, including those in Los Angeles, are promoted as “living wage ordinances,” which they are not. A calculator developed by pro–living wage researchers at MIT sets the actual income required to support a family of four here at $66,645 per year. Even when the local minimum wage reaches $15 in six years, that still will leave that family $4,245 short of a modest living income — and that assumes two working family members putting in 40 hours a week, 52 weeks a year.

Tilly, who supported both the city and county increases, acknowl¬edges that, but says the “living wage” label remains a “powerful slogan” in a worthwhile cause.

A growing consensus around change

Tilly attributes the breadth of concern over economic fairness to a largely unrecognized reality in America’s current distribution of wealth. “Most of the attention,” he explained, “goes to Occupy’s 1% simply because of the eye-popping concentration of wealth there. What’s really happening, though, is that every part of the wage scale is being pulled further and further apart from all the others. The 1% lives its life further from anyone else than at any time since the 1920s. What’s overlooked is that the top .5% is pulling increasingly beyond the other half of the 1% and the top .01% is leaving everybody behind at an unprecedented rate.”

Moreover, “That pulling apart extends right down the economic scale,” Tilly added. “The distance between median wage earners and the bottom 10% is growing almost as rapidly, and the gap between that 10% and those who are unemployed or unable to work because they’re disabled or have to care for children and other family members is growing rapidly.”

The institute’s research projects are wide-ranging. Recently, for example, Tilly and his colleagues undertook a study of the actual impact of the film and television tax credits California has adopted in an attempt to arrest runaway production. The study found that some benefits may be overstated, but the credit “is likely providing an immediate economic benefit to the state. Furthermore, it is keeping productions in the state, which will serve to maintain California’s long-run dominance in the film and television industry.”

Noting the significance of the industry to California’s economy, the researchers concluded: “It is important to maintain California’s status as an industry leader with a qualified indigenous workforce.“

Other projects currently under way include a look at the comparative retail working environments in the United States, Mexico and a number of other countries, including France. There’s also a study of how U.S.-China trade affects local American labor markets.

While the continued insecurities and strains of holding onto a middle-class life are frequently discussed by the current crop of presidential candi¬dates, Tilly’s work focuses on the fact that the bottom 20% and 10% of the wage-earning workers “are doing much worse today than they were in the 1970s.” According to Tilly, the situation of so-called “contingent workers” — think dishwashers and carwash attendants — is even worse because of the failure to enforce the labor laws and safety standards already on the books. The unwillingness to enforce those rules, he said, perpetuates “a growing lawlessness that is going almost completely unchecked.”

A significant contributor to these problems is the decline of unions. “They … not only bargained for wages and hours,” Tilly said, “but [also] acted as watchdogs in the workplace, seeing that employers obeyed the law.” The institute issues an annual report every Labor Day on the condition of unionized labor; in issue after issue, it documents the declining membership in trade unions, now at its lowest level since the Great Depression.

Tilly argues that public-sector unions — which now account for the lion’s share of organized workers — “are the targets of the same sort of innovative and ruthless union busting that occurred in the private sector beginning in the 1970s.”

Unions also are among the strongest and most consistent backers of the minimum-wage increases whose benefits the institute’s research supports. Its studies have found that while lifting the wage floor does cause some job flight, that’s more than compensated for by the creation of new jobs made possible by low-wage workers’ increased buying power. Moreover, the research has found, as Tilly pointed out during the debate over the L.A. County increase, a higher minimum “will attract the most talented of the low end of the workforce.”

It is the moral implication of wages and working conditions that seems to flow so naturally from the work of Tilly and his colleagues. The decline of unions, he said, “is more than an erosion of wages and working conditions. It represents a serious loss of economic democracy.” So, too, the current concern for the working poor represents “sympathy without solidarity. It’s a sympathy for those who work but are poor, but it doesn’t extend to the unemployed or those who, for whatever reason, can’t work.

“We’re back,” Tilly said, “to that old distinction between the deserving and undeserving poor, when what we really need is a discussion about our responsibility to each other.” 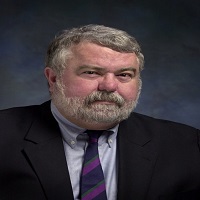 Tim Rutten is a longtime journalist and critic whose work has appeared in The New York Times, The Economist, the New York Review of Books, the Wall Street Journal and the Los Angeles Times.